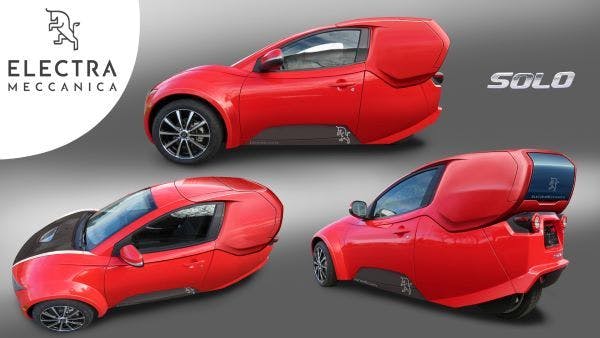 ElectraMeccanica Vehicles, a designer and manufacturer of electric vehicles, is planning to produce an alternative “utility and fleet” version of its flagship SOLO EV, which is expected to become available in early 2021.

These modified vehicles are being developed based on direct input from potential commercial and fleet partners and will be equipped with a stylish and functional cargo “cap,” offering additional capacity and versatility to suit a variety of different, single-occupant commercial and utility fleet applications.

Last month, ElectraMeccanica announced that it had commenced assembly line production of the consumer version of the SOLO EV through its manufacturing partner and strategic investor Zongshen Industrial Group. As part of the next step in the Company’s long-term product development roadmap, ElectraMeccanica has been engineering upgrades and modifications over the past few months, which are designed to make the SOLO purpose-built for utility and fleet applications, including food delivery, small parcel and post distribution, technician transportation for service calls, and security.