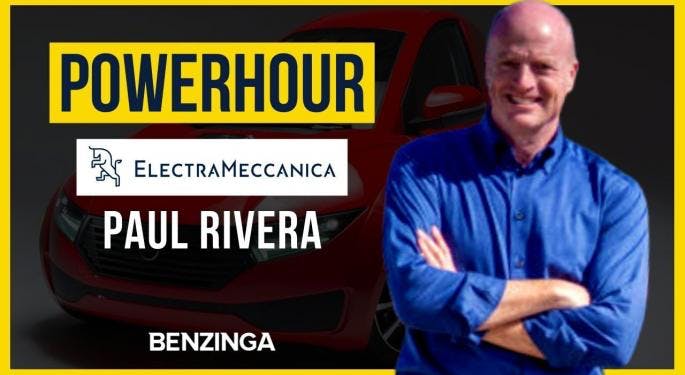 Partnership Potential: The vehicle can be rented from an electric vehicle infrastructure with a smartphone, he said, adding that the commercial and fleet use cases for the vehicle are what differentiates the vehicle from its competition.

Electrameccanica is ramping up its business-to-business model by aggressively going after companies interested in the vehicle, Rivera told Benzinga. The company is talking with all potential companies ranging from small municipalities to national corporations, he added.

Many of these companies want to test the vehicles in order to provide input on the company's next-gen vehicle, Rivera said. Electrameccanica's next evolution of its vehicle is currently being designed and the company plans to have it ready in late 2023 or early 2024, he noted.